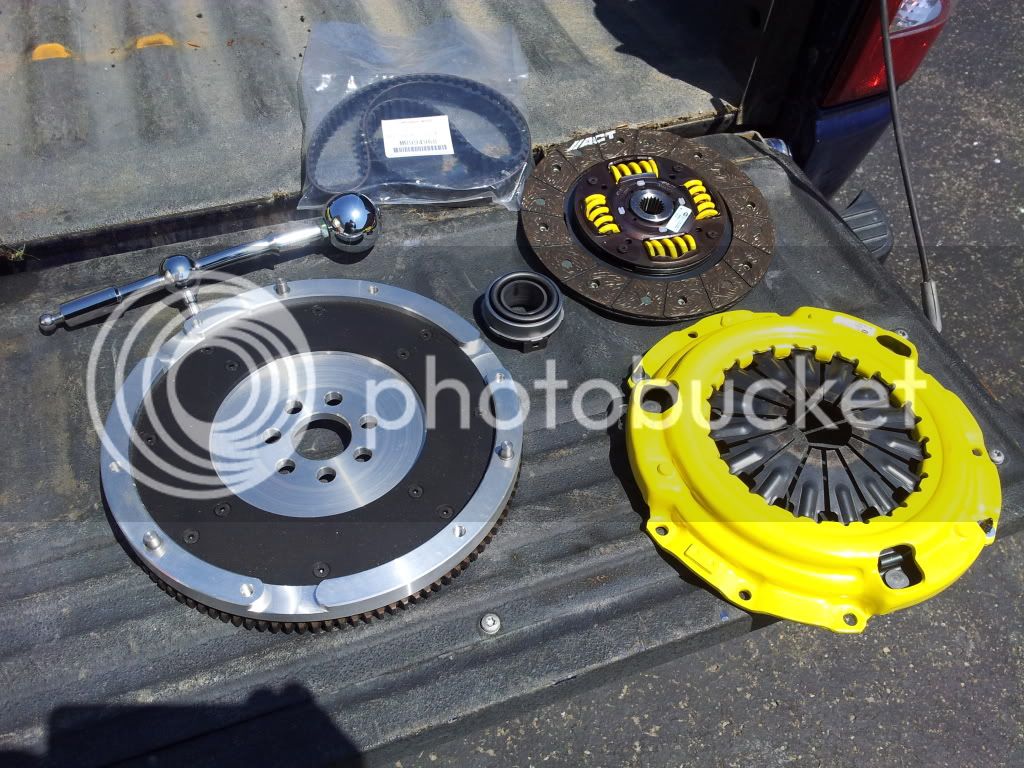 autotune gives me a pop-up

Hey! How did you know that! This is prototype "hush hush" stuff!


This is the latest innovation in logging and tree care! Stihl is calling it the "Stihl Wheel". :rofl2:

That belt looks a tad large for the trimmer. Sweet looking clutch though :bananaski:


It's for The Wife's car. She's got a 2004 Mitsubishi Lancer Ralliart. It's got 98k miles on it, time for a new clutch and timing belt. Kinda crazy not to do the flywheel since it'll be right there with everything opened up. And can ya go wrong with tossing a shorter shifter in there too. It's getting a few other things as well. It's already pretty ballsy but The Wife has a heavy foot and wants to make her car GO!!
Reactions: 1 person

Well of course. Winning isn't winning unless you're in first place!!

What's up with the intake?

Fer sher homie Didn't know if it was aftermarket or just worked a bit :) 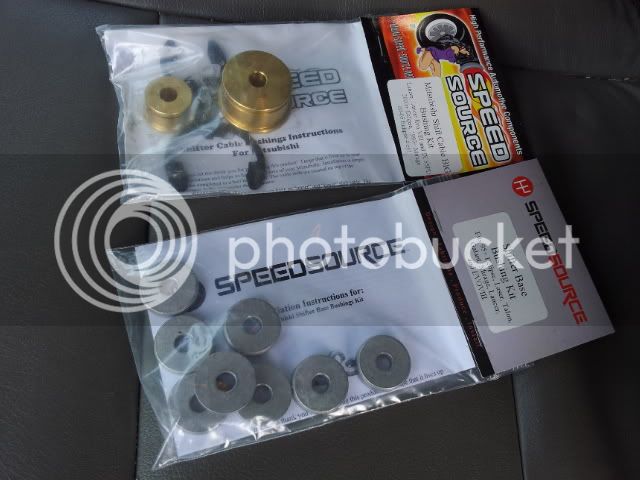 So on a scale of fun, funner, funnest - wheres the car at this point of modification?

Excluding all of the parts that I've posted pics of, it has a Greddy exhaust, a short AEM intake, and last summer it needed brakes all the way around. We didn't go cheap there - spent just over $1100 on rotors and pads. They're cryo rotors and high performance ceramic pads - it slows down and stops like a frikkin' dream. Bought the best brakes you could buy for that car, glad we did it.

It has 98k miles on it (we bought it with 22k in '07) and last year I could really feel the clutch getting weak. I think the disc still has some life left, but I think there's a few broken springs on the pressure plate. The car has been in storage since last October (we've stored it the past couple of winters just to keep the miles off of it and keep it out of the snow/salt season). I've done many clutch jobs in the past, but I'm not really interested in doing mechanical/auto work anymore. The shop doing the work on the car is the same place it's being stored (they usually give customers a break on labor if they have a big job for the storage season). It was supposed to be done by February/March but with my father passing away I had to kinda put the clutch job on hold, but the dude doing the work understands and he's a real good guy....

It's front wheel drive. It's known as the front wheel drive Evo actually - in the Lancer community there's somewhat of a bigger liking for the Ralliart over the Evo (the Evo has less to upgrade be it it's already a monster from the factory, the Raiilart has a lot more potential to spank an Evo if yer wallet agrees with you). It takes turns really good too, some people tend to look at it and say "It's no Evo" but they'd be surprised as hell if they took it for a drive, the stock suspension is VERY responsive and it's a real tight turn hugging ride. Of the pics of parts I posted, most of them were ordered last November. I figured that since the tranny was gonna be out for the clutch job I might as well do the flywheel too (the clutch kit is just an entry level "street racing" performance clutch). It already has the Evo 8 shifter setup from the factory but the B&M short shifter will make it shift even tighter and smoother. Add the shifter housing and shifter cable bushings to that and it's gonna be one hell of a fun to drive sum'bitch. :yup:

Since it's at 98k miles, I'm gonna have'em do the timing belt too. The serpentine belt needed to be changed so I figured that'd be the perfect time to toss in an underdrive pulley. And polyurethane motor mounts (even though they'll make the car vibrate a bit more during acceleration and deceleration) will help out much in the handling department.

And the ported intake manifold is just an early phase to bigger upgrades to the motor. It'll breath a lot better now be it the ports are matched to the head. This engine is the 2.4 (the 4G69), the Evo engine is a turbo charged 2.0 (the 4G63, same engine used in the Dodge Neon SRT4). The 2.0 is beefed up pretty good for the Evo and it's not choked up like it is in stock form (for the Evo it's 300hp with it's factory turbo). But the 4G69 (which is the engine in my Lancer) has WAY more potential be it it's almost half a liter larger. The 4G69 is a very well built engine - breaths and flows perfectly. It has more bottom end torque than the 2.0 turbo on the Evo. An Evo would SPANK my car in the 1/4 mile right now but for the first few seconds the Ralliart stays ahead of it, it's acceleration is mind blowing for a 4 banger. There's a ported head kit I plan on getting for it (gimme another year or two) - there's also a piston kit to go with it. With that head and piston setup it'll be around 290hp (naturally aspirated!!). That's insane, purely insane. Then add the $5k turbo kit and it'll be well over 400hp - in a 2.4 Liter Lancer! Lotts guys have done this, and these cars turn in to absolute animals with those upgrades (I've seen and even driven a few:)).

Hopefully it'll be done in July - I'm not in much of a hurry, the less it gets driven this year the less miles we'll put on it.:) This coming winter it'll get stored again at the same place. Upgrades for it's next storage season are new coilovers, new front and rear sway bars, front and rear strut tower bars, all new suspension bushings, new brake lines, new exhaust, race header, and possibly the limited slip differential. I might end up getting a chip for it at the end of the summer, engine management will help quite a bit at this point.


I'm not really into speed or fast cars. I honestly don't drive all that fast to tell ya the truth - I don't like speeding tickets and high speed driving is just a a quicker way to get to the morgue. I mean, you gotta have power. But low end power, acceleration and torque is what I'm looking for. After the head kit one day, I may not even wanna turbo it - but I'll worry about that when I get there.:) What I like is handling - good responsive suspension. A car that handles a twisty windy road all day long is what matters to me more than anything. I'll take a stock car with a well upgraded suspension over a car with built motor and stock suspension. (all the horsepower upgrades to this car are just boltons anyways, nothing too special). I'm just not into going fast - but the low end / acceleration makes it uber fun when taking turns.

This thing is gonna be a beast at the autocross.:evilgrin: I can't wait to take it to STPR next summer, Ralliart's are rare at Rally Races - though it won't be in the race there'll be a lot of people checking it out. I might actually try to get up to Maine again for NEFR this July but I dunno if I'll be able to with my work schedule (I start next week, grrr).


I love compact 4 cylinder cars. I've been going to rally races here in the states since 1997. This Lancer ain't mah first go around with and upgraded fun to drive 4 banger either.

But anyways, to answer your question - be it there's so much more to come, I'll say it's just entering the early stages of the "Fun" category......

you should have just bought the evo hahahahaha.

at least swap a 4G63 into it:goofball:

i kidd. heres my busted ff 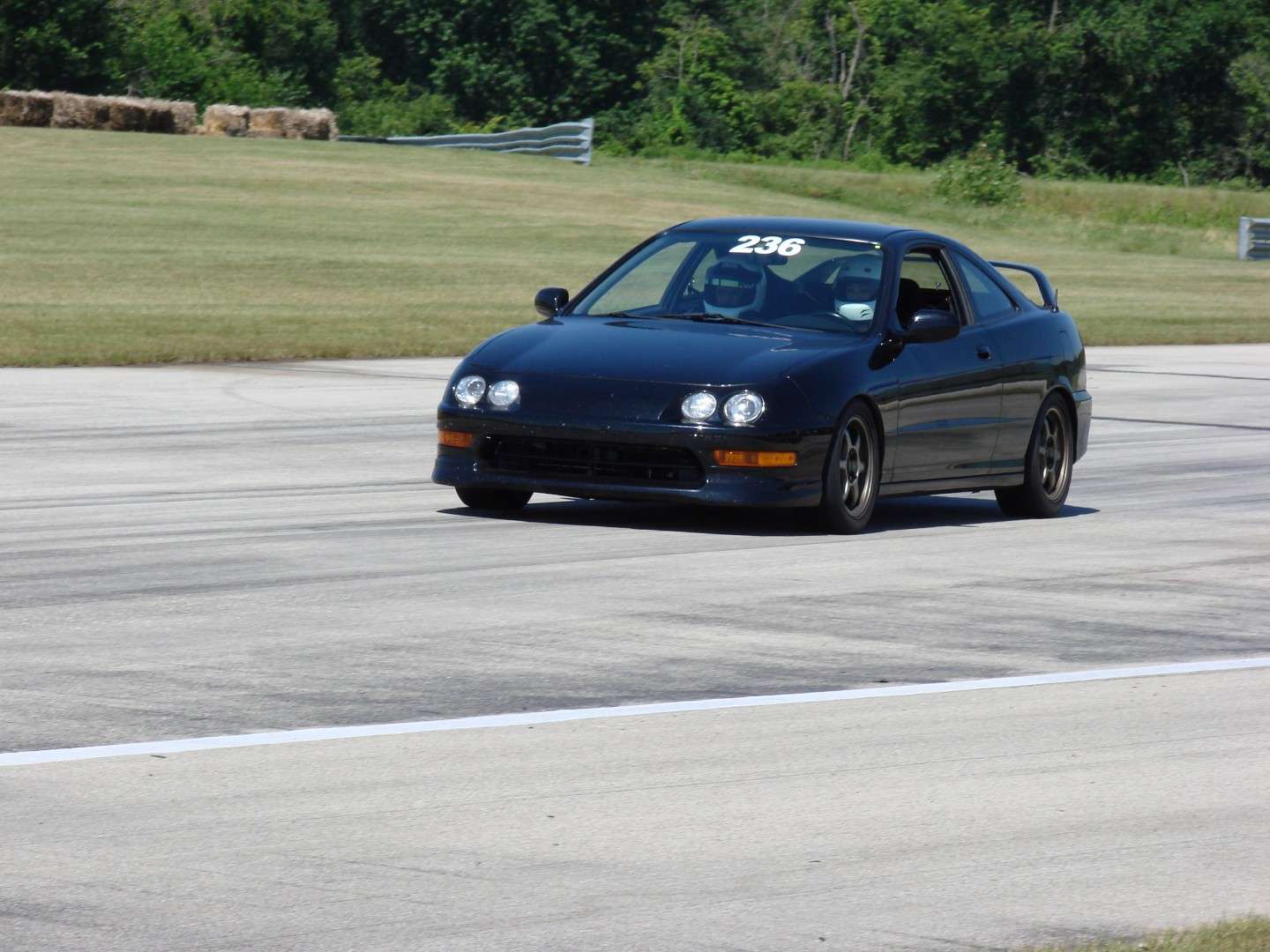 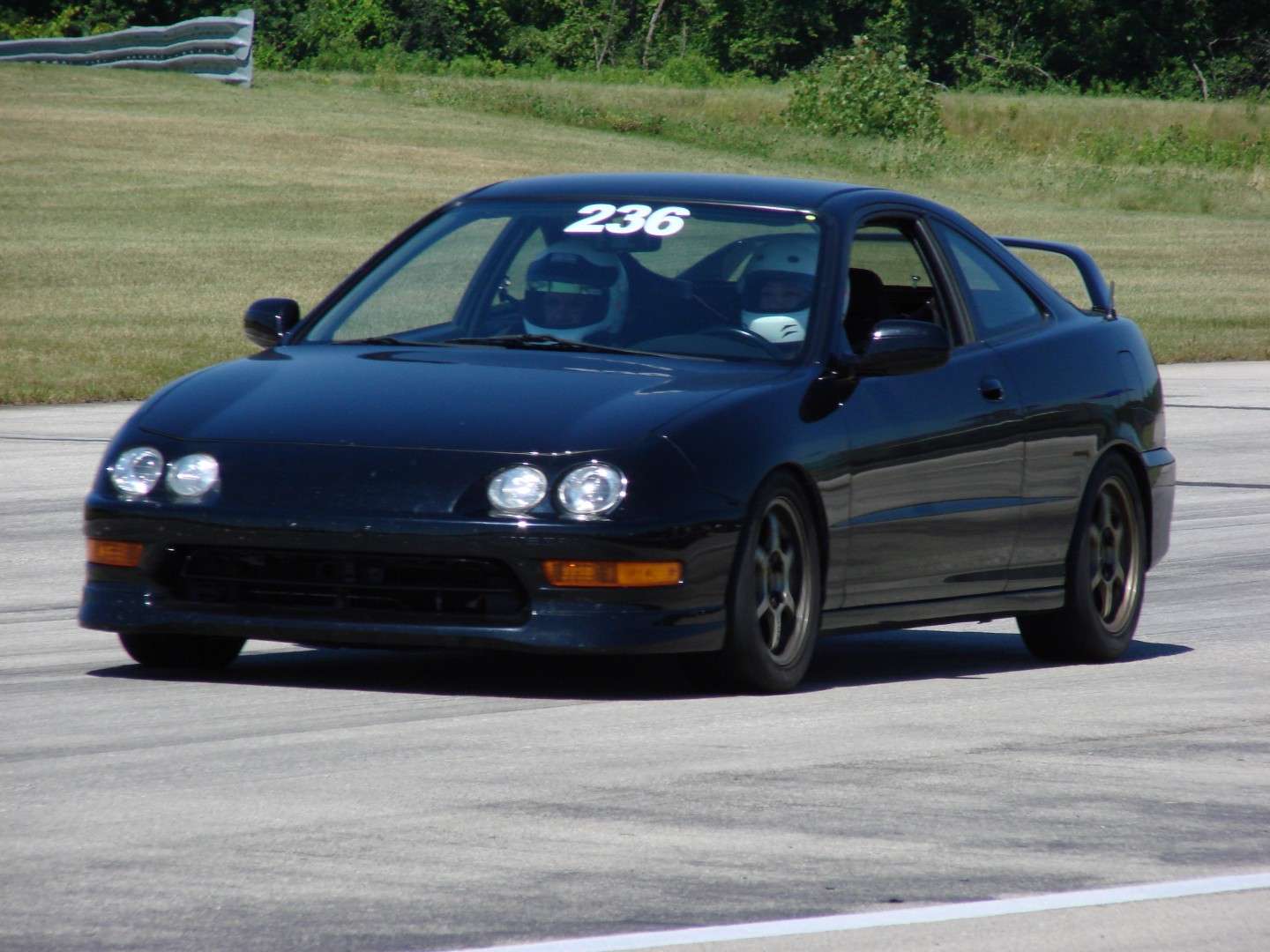 I drove a 2000 Integra Type-R, I think it was a 2000 anyway. It's the one that people always stole for some reason. Hard to find? I dunno. It was fun. But I beat it all day long with my Tacoma. Yes you read that right.

TK said:
I drove a 2000 Integra Type-R, I think it was a 2000 anyway. It's the one that people always stole for some reason. Hard to find? I dunno. It was fun. But I beat it all day long with my Tacoma. Yes you read
that right.
Click to expand...

they stole the sh!t out of them due to the fact they are factory high performance parts and all the parts are interchangeable to other acuras and honda. these parts are like legos.

plus they only sold around 3900 total in 4 years they sold them.

thinking mine has a way better chance vs your tacoma. just saying. :wink:

What track is near you Jason? Mid Ohio sports car course is right down the road from me. http://www.midohio.com/Home
Reactions: 1 person

Leicester (pronounced "Lester") isn't far from me. It's (I think) the closest raceway to Rochester. Walkins Glen isn't too far from us either. South end of Seneca Lake.


I've never been to a track before. Ever.